“In the future, everyone will be world-famous for 15 minutes”.

The band consists of Niall Rowan on vocals, Dan Connolly on guitar, Marco Polo on drums and Mick Hanrahan on bass guitar.

They set themselves the task to go into the studio with producer Rory Attwell, who has workde with Test Icicles, The Vaccines, Palma Violets and more. They wanted to create exactly 15 minutes of new recorded music which has resulted in five whole new tracks.

Sisteray have been taking the stage at sold out venues across the country since forming in 2014, including performing pop-up guerrilla gigs, organising their own club night where they book the bands, promote the gig and often DJ, called ‘Welcome to the Monkey House’, and have played sets at Camden Rocks, Isle of Wight and Leeds festivals.

There is no mistaking the band’s anti-establishment agenda in their track ‘3’ 08 – Queen’s English’. Unafraid to speak out about their strong dislike of the political elite, even guitarist Dan was asked to appear on BBC News and ITV as well as The Independent to voice his views on the situation in Syria. Sisteray have played a huge part in a new punk movement, united against the broken system in 21st Century Britain.

Sisteray have proven they are up for a challenge by completing their self-set task, something not everyone could achieve. How much can you fit into just fifteen minutes…

Guitarist, Dan Connolly, adds: “Now more than ever, people seem to be given 15 minutes and 15 minutes only. It’s not an album and it’s not a single. It’s simply a statement about the times we are living in.”

Available digitally and on vinyl from today.

Music
Slaves announce next single on ‘Are You Satisfied?’ 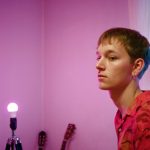 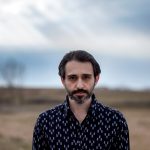