Ones to Watch @ Dot 2 Dot Festival

Dot to Dot is approaching and this year the festival has partnered with Girls Against to help tackle sexual harassment and sexual assault at live music events and most importantly make the festival a safe place to be.

The festival will be in Manchester, Bristol and Nottingham at the end of the month showcasing some of the best talent across multiple venues across each city.

In its 12th year, the festival have announced the likes of four-piece, The Big Moon, who recently released their debut album ‘Love in the 4th Dimension’ on Fiction Records and will be making their debut at the festival.

There is also the likes of PINS, Kashmere, Jordan Allen, Neon Waltz, Crimsons and Honeyblood. Our biggest worry is the clashes and making the difficult decisions which to see live.

Manchester band, The Slow Readers Club, will also make their debut at the festival.

For the psychedelia fans out there, Stockholm’s own Josefin Ohrn and The Liberation will be wowing the crowds.

Finally, the wonderful Sundara Karma will be headlining for the first time after appearing at the festival previously, along with The Growlers.

Anton Lockwood, organiser of Dot to Dot stated that the festival prides itself on finding and nurturing new artists.

He said: “After our record breaking festival in 2016 we are so excited to bring the festival back to Manchester, Bristol and Nottingham this year! We are always proud to see so many previous Dot To Dot artists become huge successes, with Sundara Karma working their way up the ranks to headline this year’s event.

“We can’t wait to see the stars of the future playing in small venues this year before their big breaks.” 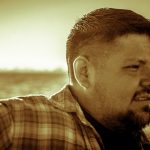