Surrounded by wilderness, immersed in nature. It was Patagonia Daktyl escaped to as a retreat to complete his latest body of work and pull music out of isolation. The UK producer has delivered an extensive and varied catalogue over the years which has seen him release music with labels such as Counter Records, The Playground, Cosmonostro as well as Diplo’s imprint Mad Decent.

This time round, he’s set to self-release a new album and brings us a taste of what’s to come with two initial tracks Chaos Control and Ku Ring Gai. His ever shifting sound bends from the hectic to the ethereal, always succeeding in offering a captivating experience.

On Chaos Control he’s linked with folk singer Lily Kershaw to offer vocals and cites the current state of the world as inspiration, “Sometimes it feels like society is moving too fast for people to understand the consequences of change.” Adding, “The way things are in the world can feel quite surreal. This song was an attempt to encapsulate that feeling. Music has always been my antidote to chaos.”

Ku Ring Gai offers a delicate and reflective journey featuring the artist’s own vocals, intricate sonic textures and an organic electronic sound straight out of the Bon Iver playbook. “One of the last songs I wrote for the record. Broadly speaking, it’s about the relationship between love and sacrifice.”

We got a chance to catch up with Daktyl to find out more about his new material and his artistic process. Check out his two new tracks and read our interview below.

How did you first get into producing music?

I’ve always made music in some form, for as long as I can remember I’ve been making sounds and trying to make them musical. But in terms of electronic music, it was when my brother gave me a copy of Reason when I was studying at university. I was immediately hooked.

Having worked with so many musicians, what’s been a standout collaboration for you?

That’s a tough one. One standout would definitely be Lily Kershaw… she’s a really special artist. I love folk music and she’s one of my favourite artists in that world so it was special writing with her.

How have you found self-releasing your music compared to working with labels?

I’ve really enjoyed the freedom of it. It’s been really liberating honestly. Being able to put music out as and when I want and in whatever form has been incredible.

Your sound has evolved a lot across your catalogue. What were you trying to say with these new tracks?

I don’t set off to create a specific sound honestly, I just create a lot of music and if some of it fits cohesively it’ll become a project.

Were there any particular influences for this new material?

I was writing a lot about the state of the world… but also the state of my own mental health and how music is so therapeutic for me. I get a sense of timelessness when I’m lost in the process of writing a song, and I think that state is incredibly valuable and something that everyone should try and seek in whatever way they can (not necessarily music). I found it really interesting to write about that.

What’s the perfect setting for listeners to enjoy your sound?

On a road trip or next to a forest creek with a good pair of headphones.

Has incorporating a deep connection with new and unique instrumentation for your music influenced how you create music now?

Absolutely! I’m always looking for new instruments to work with and new sounds. I find it really inspiring and an important part of my process.

What artist have you been listening to most recently?

What’s been your favourite live show so far?

Favourite meal on the road?

What’s the main thing you want people to get out of listening to your music?

If people feel inspired or better after listening to it then that’s amazing. If not that’s cool too. I don’t set out to make people get something out of it, but if it resonates with someone that’s incredible.

Is there any advice you could give a new artist wanting to follow in your footsteps?

I would say write as much as you physically can and don’t worry about finding your sound until you have the basics of production down… that’ll come later. And just immerse yourself in music. You have to live and breathe it, it has to be an obsession. If it isn’t, I wouldn’t suggest doing this to anyone haha.

Finally, what do you have lined up for the near future?

LOTS of new music. I’m so excited to share all this stuff.

Italian composer and producer Mattia Cupelli brings us his latest endeavour with the release of ONWARDS, an atmospheric sonic journey paired with … 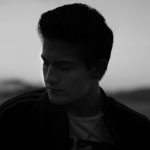 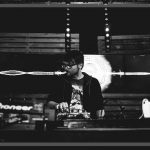