In some cases, the idea of Odd Future is better than the reality. Much of their music is mediocre and the true success has come from one most far removed from the aggressive alternative hip-hop/horrorcore of the original group: Frank Ocean and his neo-soul/alternative R&B. Tyler’s solo success has stemmed, mostly, from the lyrical brilliance of “Yonkers” which featured on his début solo studio album; Goblin. The track called out the likes of B.o.B. and Hayley Williams and showcased Tyler at his best. Since the release of “Yonkers” though, Goblin and Wolf (his two studio records) have not elevated to the same brilliance and it begs the question: ‘Was “Yonkers” a fluke?’.

The expectancy from Tyler Okonma has been controversy, aggression and confrontational lyrical content and within a few seconds of “Buffalo” starting he’s already used words like “faggot”, “cracker” and “nigger”. The song is a middle finger to the politically correct as Okonma replaces the word “faggot” with “book” and refers to “all them ‘books’ that’s pissed off and had their pages in a bunch” as a thinly veiled reference to gay sex. The song, at times, is quite clever. Tyler uses euphemisms, references (like those to the Rugrats and Spiderman) and quick wordplay to put his point across: “I’ll say what I want, how I want”. It may not be the deepest of meanings, but the way he’s done it shows premeditation.

One surprise comes in the form of the inherently ‘Death Grips’ title-track “Cherry Bomb” (although the only true aggression comes from Tyler’s delivery, not the instrumentation). The track takes the form of an incredibly distorted attempt at recreating the likes of “Radicals” from Goblin, but what it displays is that Tyler has failed to really emulate the aggressive alternative hip-hop of the aforementioned group. Despite this failing, Tyler has managed to excel in one area. This area is his incorporation of collaborators into his existing sound. “Smuckers” utilises one of the numerous collaborations on Cherry Bomb and while it features the Grammy Award winning Kanye West (in style of the “Gold Digger” era), Okonma has not compromised his principles. This is true of all the collaborations on the album as he has enlisted the likes of Charlie Wilson, Schoolboy Q, Lil Wayne and Kali Uchis to appear on various tracks.

The gaping chasm that is present on Cherry Bomb though, is the lack of ‘Wolf’: Tyler’s horrorcore alter-ego (who’s been available for counselling sessions since “Goblin”). He’s sick, he’s sadistic and he picks at Okonma’s psyche and ‘makes him say all of these horrible things’. That Wolf is missing holds the same effect as when Eminem left Shady behind: it causes the record to be less punchy; less like what we’re used to.

One characteristic of merit is Tyler’s musical palette. While Cherry Bomb is an incoherent record (from start to finish), his references to jangle pop ‘darling’ Mac DeMarco, producer Timbaland and fellow rapper P Diddy and his borrowing of styles from a variety of genres (soul, rock, acoustic and electronic music to name just a few) mean that Cherry Bomb is not what you’d call boring. The issue really lies on his insistence on being controversial. On “Blow My Load”, he demands that a girl “FaceTime your clit, I’ll jack off my dick” and “I’m a pervert with a purpose / her pussy just got saved” and it just comes across as needlessly crass. This, along with the inconsistency present, is the prevailing trait that holds Tyler back and shows that yes; “Yonkers” was a fluke…

You can download Cherry Bomb on iTunes here and on CD from Amazon here. 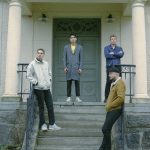 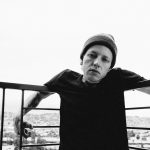