23rd November saw ‘James’ come to the end of their ‘La Petite Mort’ tour in Leeds First Direct Arena; somewhat of a homecoming gig for lead singer Tim Booth, who was born in Yorkshire.

The band came out to cheers from the crowd, with Tim entering the stage last, who explained that they were going to play something new to test the crowd out; the track being the 1999 B Side to ‘I Know What I’m Hear For’, ‘All Good Boys’, which was incredibly atmospheric and ended acapella style – Tim followed it with an explanation of how nerve-wracking it was for them to play a new track first, and it is a risky move to make, but boy was it the right one for opening the show. Next the band played ‘Frozen Britain’ from the new album, which sounded fantastic, before beginning the hit ‘Say Something’, in which Tim stepped off the stage for a bit of crowd interaction, which lead to him crowd surfing (impressingly whilst still singing!) Once back on stage, he joked that he didn’t intend to “go for a swim” quite so early. I already knew that this would be a special gig, but it wasn’t until Tim Booth was crowd surfing to ‘Say Something’ so early on at the side of me that it was confirmed!

The set list included 7 tracks from the new album, which the band appear to really enjoy playing live, especially during the instantly recognisable ‘Interrogation’, which the band begun playing whilst Tim and trumpet player Andy Diagram made their way back from the seating area where they’d just performed ‘Sound’ to an extremely excited crowd. The rest of the set list featured tracks from their entire career, including what Tim described to be their “only real love song” ‘Fred Astaire’, as well as ‘Lullaby’, which he stated to be Peter Kay’s favourite song, also accompanying it with a heartbreaking story regarding a fans connection with the track that’s about child abuse. It was a beautiful performance, followed by Tim asking the crowd to be quiet for one last time, whilst he sang a song written for a friend who recently passed. The crowd cheered to honour Tim’s friend before silently watching the band perform their newest single, ‘All I’m Saying’. It was incredibly atmospheric and emotional as Tim’s passion in his vocals, as well as his body language showed just how much the song meant to him – it was beautiful.

The band had a laugh and a joke when it became apparent that guitarist/violinist Saul Davies was preparing for a different song to the rest of the band, leading to him attempting to justifying the fact that they were about to play ‘Go To The Bank’, in which he didn’t come in until half way through, so he had time to prepare for ‘Getting Away With It’, though bassist Jim Glennie kindly reminded him that he actually began the track on the violin. Interestingly enough the band actually played ‘Jam J’ next, before ‘Getting Away With It’. Saul explained to the crowd that they were old now and asked if anyone had any glasses that he could borrow, before Tim apologized in advance for any mistakes made during ‘Go To The Bank’ as they hadn’t played it live before. Aside from a drumming hiccup by Dave Baynton-Power as they begun, it was a great performance as usual. Though from where I was stood in the crowd, it appeared to be the marmite of James tracks. The band clearly have a great relationship, and it’s great to see it conveyed so well on stage. One of my favourite things about seeing James live is watching Tim appreciate his bandmates in one of two ways; one being how he looks at them in absolute awe, admiring their talent, and two being how he lets the music take over, dancing by their side or towards them, almost as if the music controls him. The bands talent is endless and they work together brilliantly. It’s incredible to see just how many instruments they use; Saul for example was mesmerising to watch as he’d switch from violin, to guitar, to tambourine, all so effortlessly.

Of course the crowd have a major effect on a gig, and the James crowd was perfect, the large majority were fans singing along, dancing, having a great time. When the introduction for ‘Laid’ began, the crowd went wild and began the song themselves; Tim allowed and encouraged them to finish the entire track, contributing a couple of actions. Of course the band restarted the track for the actual performance, though Tim said “sometimes it’s better when you do it!” I’m not sure the crowd could hit the high note for “pretty” in quite the same way though! Tim Booth is well known for his ecstatic dancing, which is incredible to watch, and he invited “10 frustrated dancers” from the crowd on to the stage shortly before they left the stage for the encore when they played ‘Gone Baby Gone’. It looked like the most fun that anybody has ever had. Another fantastic piece of crowd participation was during the last song, crowd favourite ‘Sometimes’, when it was approaching 11pm, and Tim informed the crowd that unfortunately curfew was calling, but that didn’t mean that the crowd had to stop singing, and they didn’t. The band looked in absolute disbelief as they stopped playing, leaving wonderful guitarist Larry Gott to end the track with his acoustic guitar, before leaving the stage; unfortunately the show had to end at some point, and that was the perfect way to the end it – “sometimes when I look deep in to your eyes, I swear I can see in to your soul” was still being sung as the crowd were leaving the arena, and I’m sure it’s a moment that nobody will forget in a hurry. Roll on the next James tour! 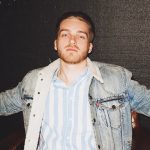 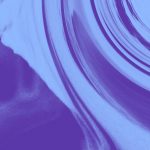